I believe there’s an aspect of accurate self-assessment that also belongs in Daniel Goleman’s Emotional Intelligence Competencies list: knowing how we are perceived by others. How aware are you of how others see you? How do you come across to others?

A former client found one person he worked with to be a challenge and wanted advice about how to deal with this “difficult” person. When I asked what that person thought of him, he had no idea—that perspective had never occurred to him.

With some introspection, he considered how his directness had always worked in the past, and he also realized that he may seem “brusque” to those who don’t know him well.

He decided that if his natural tendency to get results quickly had a negative influence on a person’s perception of him, and he needed help from them to get things done, then softening his approach would improve the relationship and help him accomplish his objectives. 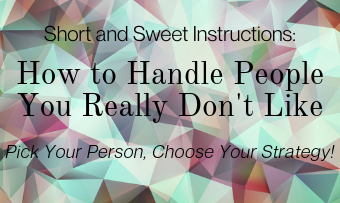 Get Your FREE Copy Today!